Each year the Historic Outdoor Living Museum at in Beaumont Texas has an Equestrian Day and I have had the privilege of being invited to participate for the last 5 years.  Bluebonnet Farms from Bellville , TX also participates and they graciously bring several American Saddlebreds to show, including the horse I rode aside whose name is Chip.  I actually trained Chip in sidesaddle and showed him a few times!  We are old friends.  Assistant trainer Austin Hazlewood rode an up and coming show horse in training who had never been off of the farm.  He was so impressive!  Mr. Perwin, owner of Bluebonnet Farms came with his lovely wife Ada and he exhibited his driving horse Ipod.  The children and parents who came had lots of questions and had a wonderful time!

This is me waiting for Chip to be tacked up.  By the way, at this point I had no idea if Chip would allow me to ride him with the parasol... 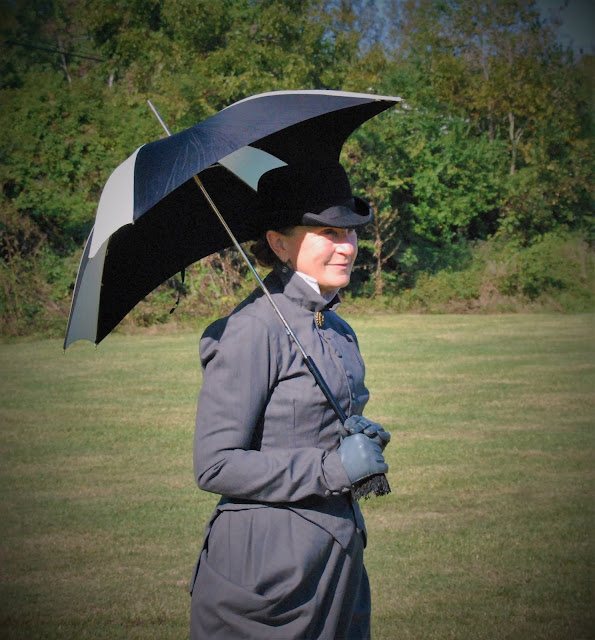 After I mounted and got comfortable, the photographer opened up the parasol and ever so slowly handed it to me.  We did this early when there were only a few spectators. 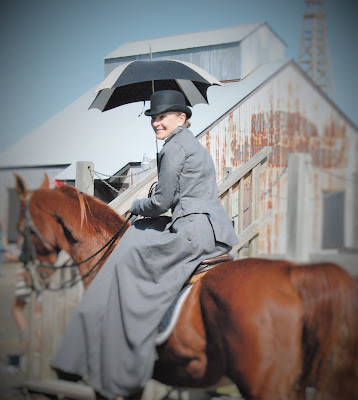 Chip never flicked an ear, even once when I was adjusting my reins and tapped him on the neck with it!  Such a wonderful horse!! 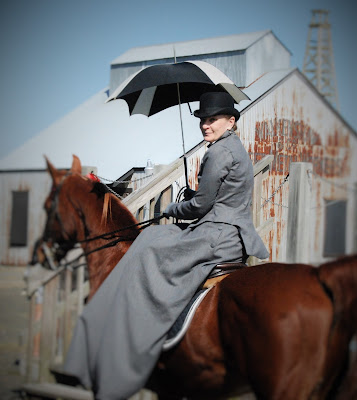 It was quite warm for an early November day...quite warm! 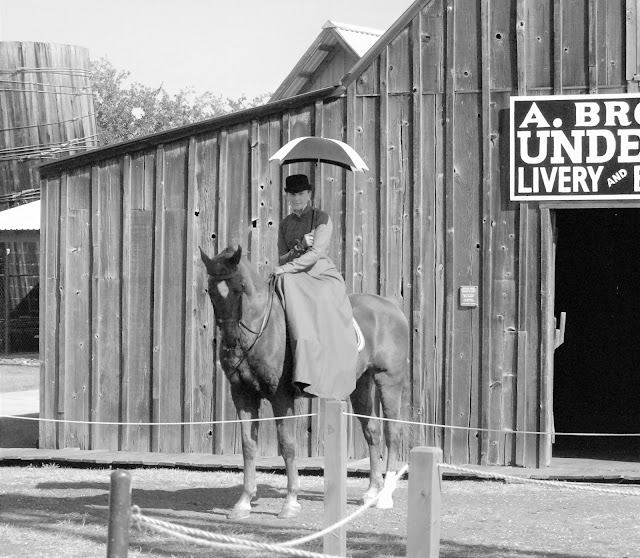 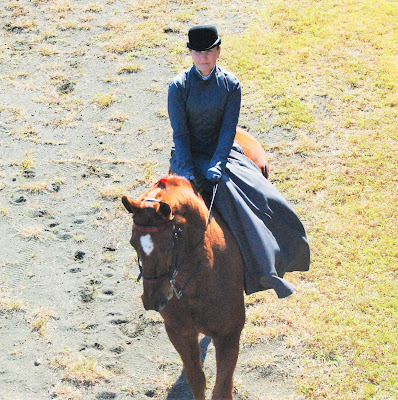 Spindletop Outdoor Historic Museum is a place where you walk around the restored 'Boomtown'  You can walk through each building..a Post office, Print shop, General Store, Doctors office etc and get a taste of what life was like back then. 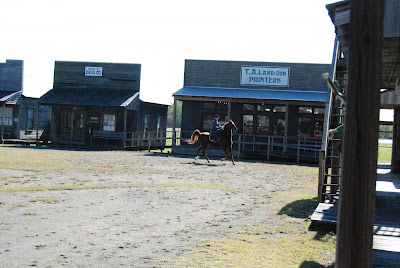 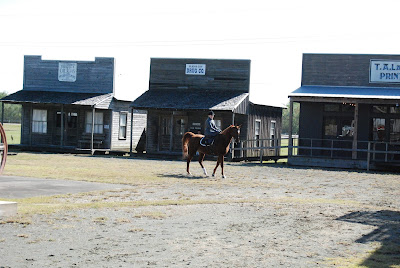 This is Mr Perwin.  SHHHHH don't tell him I told you - but I think he is now over 90...but that does not stop him from driving this fancy boy named Ipod. 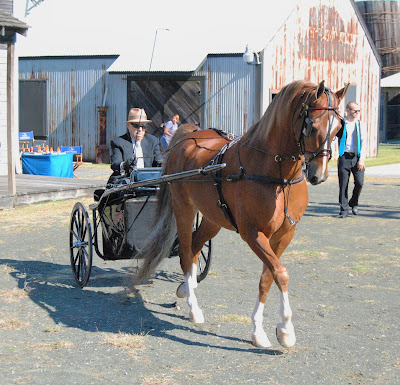 This is Austin Hazlewood - assistant trainer at Bluebonnet Farm and his young charge - I believe he is a 4 year old gelding who is in training to be a 5 gaited show horse.  He preformed beautifully for the crowd. 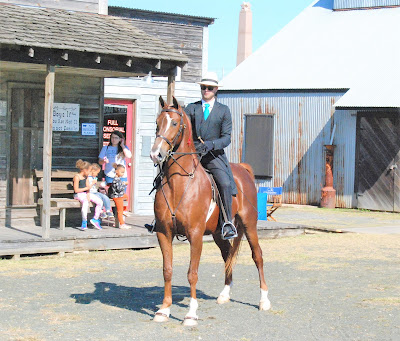