..or as we knew her, Bonnie Blue Butler 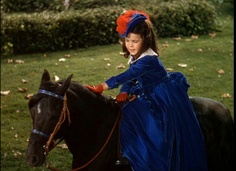 Eleanore Cammack "Cammie" King (August 5, 1934 – September 1, 2010) was an American former child actress. She is best known for being one of the actresses who portrayed "Bonnie Blue Butler" in Gone with the Wind (1939). She also provided the voice for the doe "Faline" as a fawn in the animated Disney film, Bambi (1942). 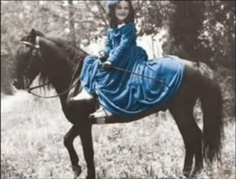 King was born in Los Angeles, Californic. While her acting career only spanned four years during her childhood, she appeared in two of the biggest movies of the era, Gone with the Wind and Bambi. 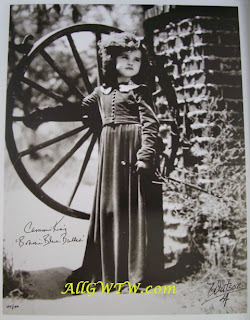 She was the godchild of Herbert Kalmus, co-founder of Technicolor, and became his stepchild in 1949 when he married her mother, Eleanore King. Cammie King was married twice and had two adopted children.   Her father-in-law from her second marriage, Judd Conlon, was a musical arranger for many Disney films including Alice in Wonderland (1951) and Peter Pan (1953). 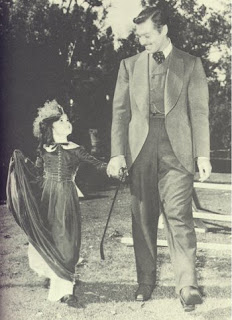 In the early 2000s, King made a guest appearance as a contestant on the TV game show To Tell the Truth, hosted by John O'Hurley. Upon reflecting on her film career, King once joked, "I peaked at 5." She spent 40 years working as a marketing coordinator for the Fort Bragg-Mendocino Coast Chamber of Commerce.
King privately published a small book Bonnie Blue Butler: A Gone With the Wind Memoir in 2009, mainly selling copies directly to fans via personal appearances and the internet. King died on September 1, 2010, at her home in Fort Bragg, CA. at age 76, from lung cancer. She is interred at Holy Cross Cemetery in Culver City. 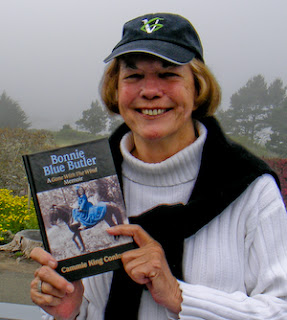