While I await for more pictures from the show, I thought I would share this with you:

Meet Ed and Ada. They are the owners of Bluebonnet Farm. 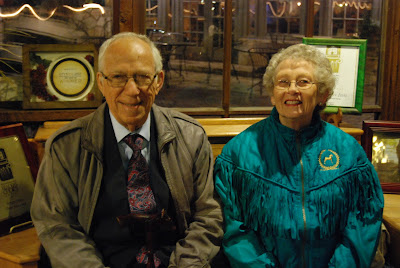 The Perwien's have been involved with Saddlebred horses for more than 50 years, and the farm is dedicated to the promotion of the breed. Ada & Ed were honored by the Texas American Saddle Horse Association February 2nd, 2008, as the initial inductees to the TASHA Hall of Fame for their longtime support, dedication and promotion of the Saddlebred breed. They were the 2011 recipients of the Gillenwater Family Award, the highest honor bestowed by the American Saddlebred Horse Association. In addition, Mr. Perwien was the 2011 UPHA Horseman of the Year.

Over 80 years old, Ed still competes with his horses in Country Pleasure Driving. 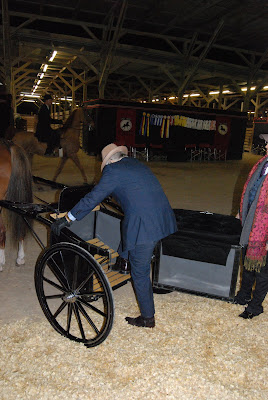 The back of the cart opens so it is easier for him to get in and comfortable. 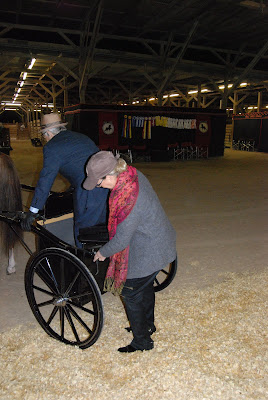 4 drivers were in his class. 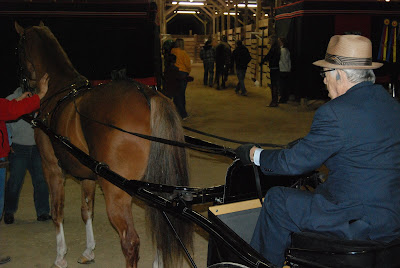 ..all much younger than Ed..but he still won!! 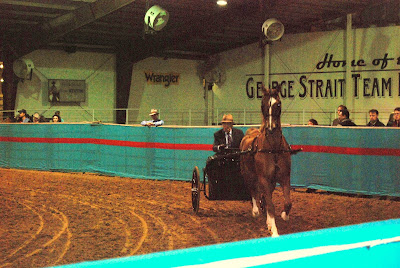 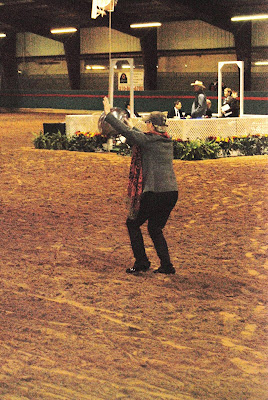 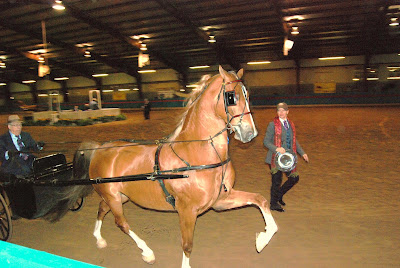 Ada and I sat in the stands to cheer Ed on. Someone who was behind us asked me if he was my Grandfather. I smiled and said no and it made me realize just how much I miss my parents and grand parents. I think Ada picked up on that because she gave me a hug and told me I could be her 'adopted grand daughter'. 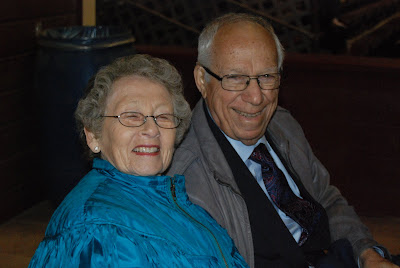 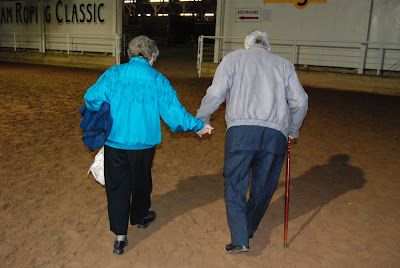 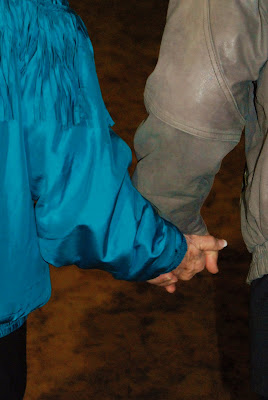 Email ThisBlogThis!Share to TwitterShare to FacebookShare to Pinterest
Labels: My Own Adventures