Victoria Louise of Prussia (Viktoria Luise Adelheid Mathilde Charlotte) was born 13 September 1892 and died 11 December 1980. She was the only daughter and the seventh child of William II, German Emperor and Empress Augusta Victoria. She was their last surviving child. Princess Victoria Louise is the maternal grandmother of Queen Sophie of Spain and the former King Constantine II of the Hellenes. She was the Duchess of Brunswick by marriage. 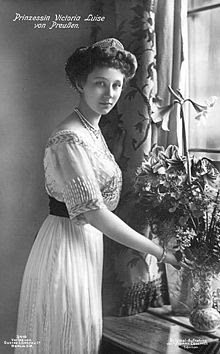 Ernest Augustus, heir to the title of Duke of Cumberland, and grandson of Christian IX of Denmark through the latter's daughter, Princess Thyra of Denmark, came to the court and fell in love with Princess Victoria Louise. 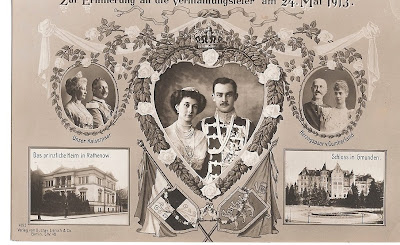 "For me, it was love at first sight. Suddenly, I was all fire and flame," Victoria Luise would write in her memoirs, The Kaiser's Daughter. Her mother was certainly aware of her daughter's feelings, noting in her diary that the prince "certainly made an impression on my child from the first. God knows whether it will ever come to anything."

Their marriage, on 24 May 1913 in Berlin, put an end to the rift between the House of Hanover and House of Hohenzollern that had begun after the 1866 annexation of the Kingdom of Hanover into the Kingdom of Prussia following the Austro-Prussian War. Their wedding was one of the last great social events of European royalty before World War I. It was celebrated in the presence of George V of the United Kingdom and Tsar Nicholas II of Russia, as well as other important royals. Empress Augusta Victoria took the separation from her youngest child and only daughter badly and spent the night weeping.

Ernest and Victoria had 5 children. 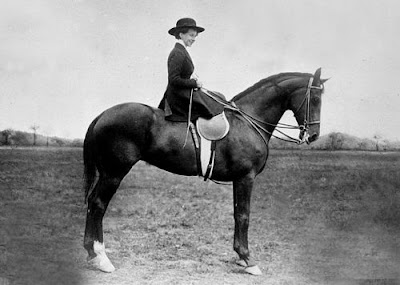 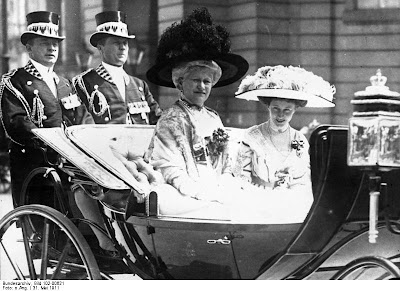 A painting of the family by William Fredrich Georg Pape 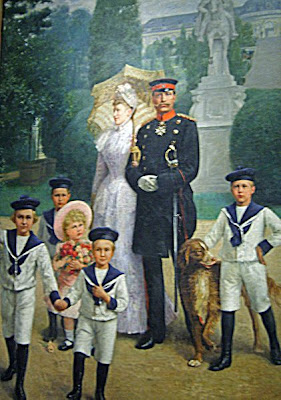