Our little booth was set up under some trees.. right next to where they were shooting off the cannons! That was good and bad. Good - because we always knew when they were about to shoot it... but bad because it was extremely LOUD! Oliver was such a trooper though .. but more about that later. We alternated with either me riding Oliver or Patti helping me walk him around. 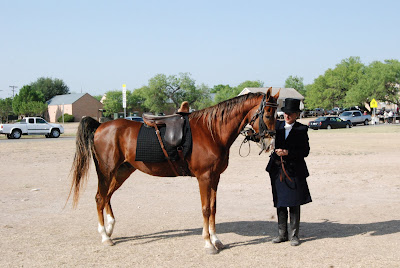 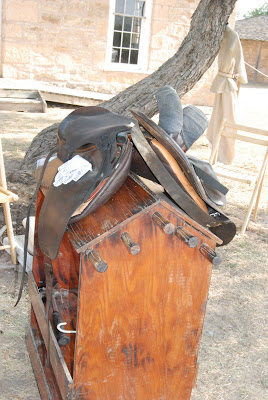 We hung my extra riding habits from nails in the Mesquite tree (note - next year bring a hanging rack!) We had a table set up with 2 sidesaddle books currently being published, riding canes, an antique slipper stirrup and many more interesting sidesaddle accessories 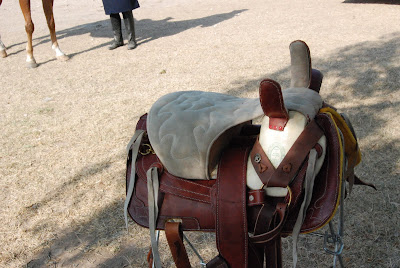 Patti's saddle rack was strong enough for her to demonstrate how positioned our legs ... and "hung on" as we rode 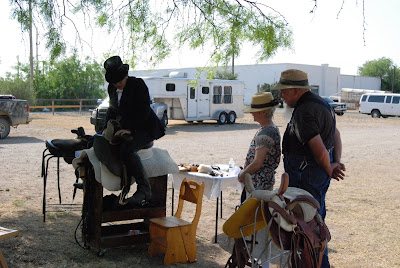 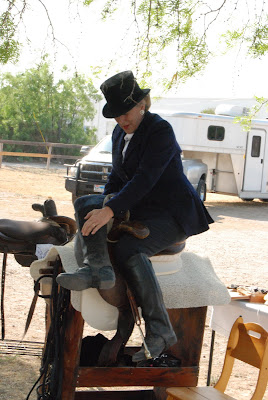 We had a wonderful time. Before we left, we were able to walk around, meet other exhibitors and see their booths. but that is for another post..

I want to know how it went with the cannon :)

I can't imagine being in full habit in the weather we've been having in CenTex the past few weeks (though today has be loooovely) Good for you!

Oliver looks so much like a Saddlebred I knew growing up- such a sweetheart.

You and Oliver look fantastic!! I bet it was a lot of fun.