Horse Transportation.. a bit of history

First there was horse transport by.... horse. (1 lucky and 1 unlucky!) 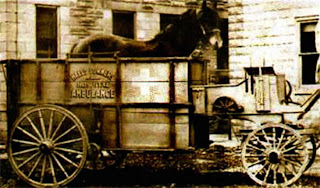 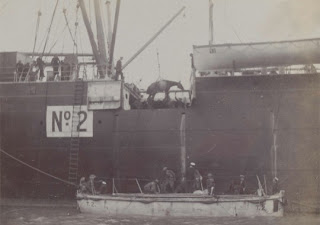 ..horse transport by train - these are horses being shipped for war efforts.. 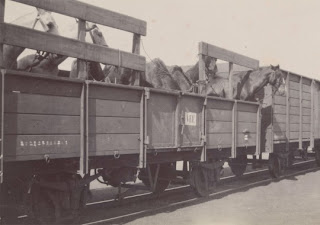 ..and this more pampered horse is privately owned. 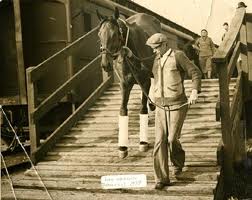 Motorized Transport
The earliest motorized van for conveying horses was apparently designed in 1902 ( Robertson, 1974). It was not until 1912 that horse boxes fitted to internal - combustion motor car chassis began to be mass produced by Vincent Horse Boxes of Reading, England. The Vincent motorized horse box was a three ton motorized horse box - similar to today's horse vans. They were used by the British army in 1914 to transport horses to war The disadvantages and dangers of rail transport of horses began to loom larger than it's benefit. During the 1920's the railway's fought the take over of bloodstock transport by road haulers".
"there was no doubt in the minds of trainers that the advantage of sending their horses by road were inestimable. Train journeys were not only tedious but highly strung Thoroughbreds did not take kindly to being shut up in an often darkened box whilst their train shunted and jerked, rushed noisily through tunnels and was passed by other thundering railroad giants. At least one Derdy winner was only boxed onto his train at the eleventh hour by the brute force of some dozen men, and many trainers complained that their horses arrived on racecourses after long train journeys having lost weight and condition (Seth-Smith, 1972 ) 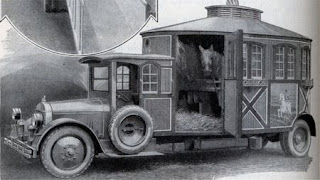 This horse is on his way to a race. 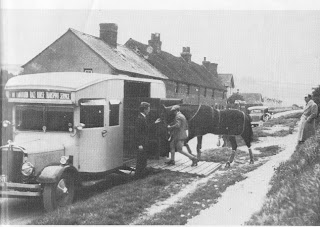 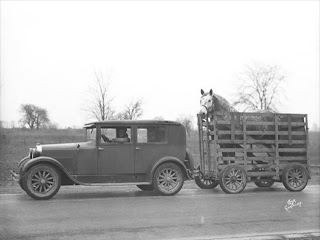 Before automobile motors became more powerful in the late 1950's and early 1960's, most motorized horse transport was accomplished in large trucks and vans. For short trips cars were used to tow small light weight trailers. Trucks backed up to ditch banks or ramps were also used with bed rails. The horse trailer as we know it today has evolved 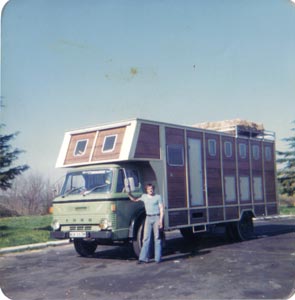 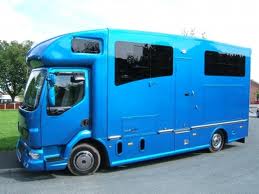 Those are really cool photos!

I just found this article on Chronicle of the Horse, and wondered if you had seen it? Some gorgeous riding habits and really lovely jump scenes.
http://www.chronofhorse.com/photos_videos?nid=41136

That is really interesting. We don't realize how lucky we are, my mom barrel raced in the 60's and
70's and hauled her horse in the back of a 65 Chevy wearing horse goggles. I have the goggles, I wish I had a picture, he only needed a cape.

Bo's Mom - I closely followed that hunt in Ireland - just amazing and I believe they made history due to the number of sidesaddle riders.

Angelina - OMGosh... what a story that is - I would have loved to have seen that!!!

Hmm is anyone else having problems with
the pictures on this blog loading? I'm trying to figure out if its a problem on my end or if it's the
blog. Any suggestions would be greatly appreciated.