1938 "The Twingrip,” leaping head for jumping in the forward seat. The safe on this saddle does not extend over the cutback.

This saddle has meduim size pommels and you can still see the safe extending over the cut back, I would assume it was pre 1900 per in the above date line information. 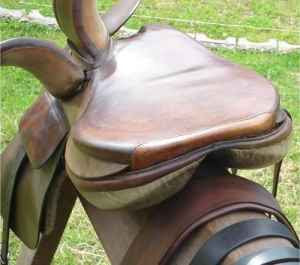 While this is not the 'most' modern Mayhew, you can easily see the flat seat and the improved wide flat pommels. 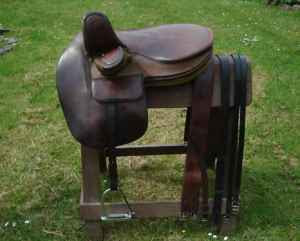 Identification:
Many Mayhews are stamped on the pommel... ..and this is what their stirrup assemblies look like.

Here is Leila's horse Hattie modeling a Mayhew Lissadell for us! This saddle, despite it's more modern look was actually made in 1905. 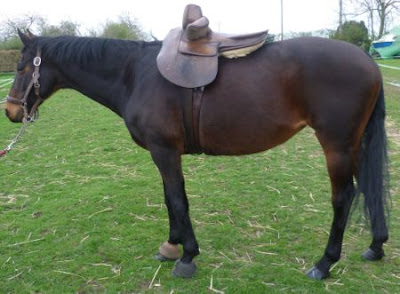 I wonder if Esther Stace used a Mayhew saddle? 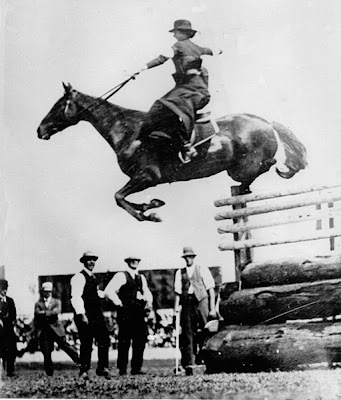 That picture is absolutely.terrifying. Omg!

Julie, did you ever see my Mayhew Lissadell? http://www.sidesaddlegirl.co.uk/2011/04/mayhew-lissadell.html
That is from 1905 and has VERY wide pommels and a safe which goes over the cutback head.

Thanks Leila! I just added it.

Hello I have two saddles and have no idea about them. I was wondering if anyone could tell me about them I would appreciate your knowledge Thank you