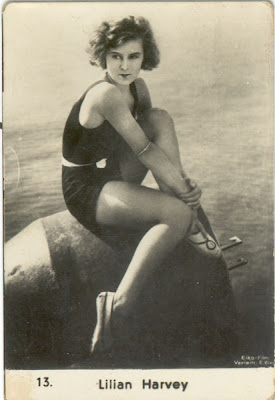 Lilian Helen Muriel Pape was born in Hornsey, North London. Her mother was English and her father was a German businessman.

At the beginning of World War I they were living in Magdeburg and were unwilling and unable to return to England, so Harvey was sent to live with an aunt at Solothurn in Switzerland. After her graduation from school in 1923, she began her career by attending the dance and voice school of the Berlin State Opera.

In 1924, Lilian Harvey received her first role as the young Jewish girl "Ruth" in the film Der Fluch directed by Robert Land. Subsequently, she starred in many silent films. In 1925, she was cast in her first leading role in the film Leidenschaft.

Because of her training as a singer, Harvey was able to pursue a successful acting career during the initial talkie era of the early 1930s. Her first movie with Willy Fritsch was Die keusche Susanne in 1926. Harvey and Fritsch became the "dream couple" of German movies in the early 1930s with the romantic love story Liebeswalzer. They starred in a total of 11 movies together, and Harvey was called the "sweetest girl in the world" by the press. 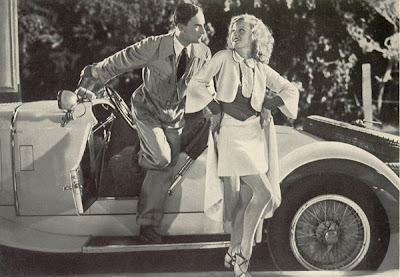 In 1931, Harvey starred in the film Der Kongreß tanzt; her song "Das gibt's nur einmal" was popular. Her subsequent movies were filmed in English and French versions, so Harvey became known outside of Germany. She was invited to Hollywood and made four movies for The Fox Film Corporation, but these were not as successful as her German films. She eventually abandoned George White's 1935 Scandals, leading executives to cast Alice Faye in the part, and Faye became an overnight sensation. 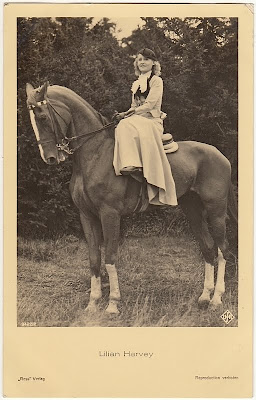 In 1935, Lilian Harvey returned to Germany. However, because she was still in touch with her Jewish colleagues, she was placed under close observation by the Gestapo. Nevertheless, until 1939, she made some successful movies for the UFA, such as Glückskinder (1936), Sieben Ohrfeigen, and Fanny Eisler (1937), Capriccio; and Frau am Steuer (1939).

Harvey helped the choreographer Jens Keith escape to Switzerland; this led to her interrogation by the Gestapo, after which she left Germany, without her real-estate fortune, which was confiscated by the Nazis.

She settled in Juan-les-Pins in France. There, she made two movies in 1940 – Serenade and Miquette. After the occupation of southern France, she emigrated to Hollywood again. Because she had performed for French troops, the Nazi regime withdrew her German citizenship in 1943.

After World War II
After the Second World War, Harvey returned to Paris. In the following years, she travelled as a singer through Scandinavia and Egypt. In 1949, she returned to Germany and performed on stage. From 1953 to 1957, she was married to Danish theatre agent Hartvig Valeur-Larsen.

In 1953 she had married the Danish theatre agent Hartvig Valeur-Larsen, but she divorced him in 1957. She had met Else 'Pitty' Wirth through Tamara Streck. Wirth was Streck's lover and she answered Harvey's correspondence and did other small jobs for her. When Harvey invited Wirth and Streck to her house, Streck made sexual advances to Harvey and was thrown out. Else Wirth stayed and became Harvey's companion in life. From 1957 until 1961 Harvey queitly lived with Wirth at Juan-les-Pins. Wirth's influence over Harvey grew and her enemies stated that she blackmailed Harvey with details that she knew from her life.

In 1961 she returned to the theatre, but the public and the critics were less than enthousiastic. In 1967 she received a Bambi for her work. But by that time she addicted to alcohol and she died in 1968 at age 62 from liver failure. Else Wirth inherited her fortune. In 1985 she an accusation of fraud was made against her and biographer Uwe Klöckner-Draga called her a devil. But she lived comfortable from Harvey's money until she died in 2007 and she was buried beside her at the Cimetière de Rabiac in Antibes. She was buried at the Robiac Cemetery in Antibes. 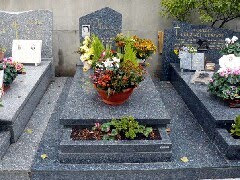 "Der Kongreß tanz" has a very kinky flogging scene. Those germans! I've only seen the movie in german, but it was also made in English and french. Check it out sometime.

Someone asked me the name of the film to which the striking side-saddle stills relate:can you help?
JohnHardman (dmjh64@yahoo.co.uk)